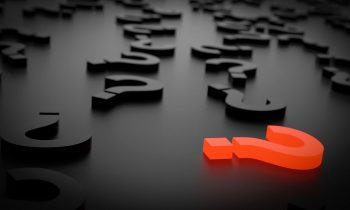 In the John Cusack movie “High Fidelity,” a business owner works through some angst about where he is in life. At one point in the movie he realizes one of his key problems is Bad Decisions. He can’t seem to stop doing stupid things. In one epic line, he turns to the camera and talks to the audience. He says:

“Well, I’ve been listening to my gut since I was 14 years old, and frankly speaking, I’ve come to the conclusion that my guts have s##t for brains.”

The quote, which originally comes from the book by Nick Hornby on which the movie is based, accurately describes epiphany moments. Far too many managers experience this well after they can stop the runaway train of chaos their “intuition” created. I’m not saying going by your instincts is always bad. But, statistically speaking, John and Nick are correct—trusting your gut can be a very bad business strategy.

You have an idea. Well, not really an idea, precisely, but the seed of an idea that gets you all excited. Okay so far, but circumstances can go bad quickly.

Many times the excitement generated by that “great idea” tempts you to just jump out and get started with no real plan, no budget and no concrete idea where you are really headed. It might sound romantic or adventurous, but, in business, there is no greater prescription for failure.

Stop me if you’ve heard this one before: “I’ll just get it going and deal with any issues as they come up.”

Yeah, that’s a terrible idea. First, you have no idea what problems may actually “come up.” Second, you don’t know which problems you will create yourself or bring with you, simply because you have no real idea what you are doing or what you will need to do next. That’s like planning a scuba diving trip and packing your mask and fins … but not bothering to decide where you are going. You can’t just get out in the boat and then decide how deep you want to dive or, worse, just jump in the water without any idea what might be down there.

Ever hear this one: “forget the obstacles, full speed ahead.” As far as business acumen goes, that ranks right up there with “hey, y’all, hold my beer and watch this!” Nothing good comes of a “ramming speed” approach to business management. If you haven’t considered how your idea will impact your other projects or the work of those you depend on in your business, then you are forging ahead with a serious handicap. And it will come back to bite you.

Finally … for those who choose to ignore this advice … when you find yourself in a mess of your own making, it can be tempting to “turtle up”, to hide or try to find someone else to blame. That’s stupid … and cowardly. It does nothing to help the problem and burns bridges to people and resources you probably need to extricate your idiot self. You can’t escape from quicksand by shooting the guy holding the rope.